'In Remembrance is an exhibition of new sculptural work exploring uncanny sensibilities around the visual language of loss. Visibly influenced by an Australia Council residency at the British School in Rome (2012), this is a series of enshrined objects, arranged in the assumed order of classical display, lined up on stone-like plinths. Yet these propositional artefacts equally celebrate uncertainty of form, drawing from the realm of the unconscious and echoing indeterminate contours of the self. Here, objectified into the material, a mirrored physicality of the viewer is presenced as strange relic, detached, morphed and somewhat reborn.' 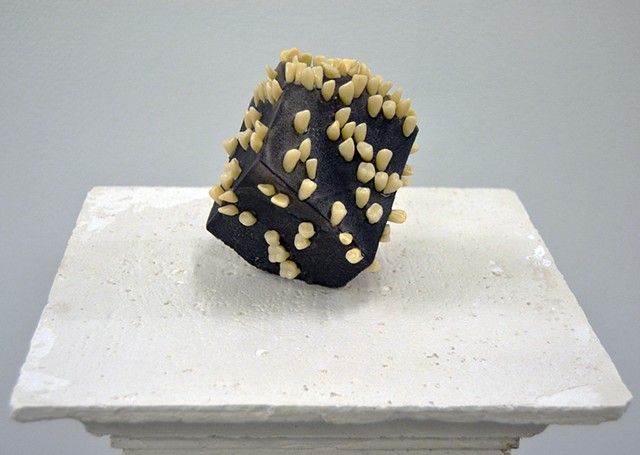 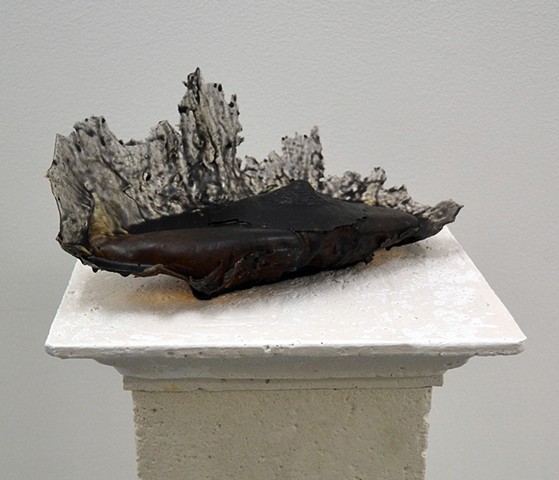 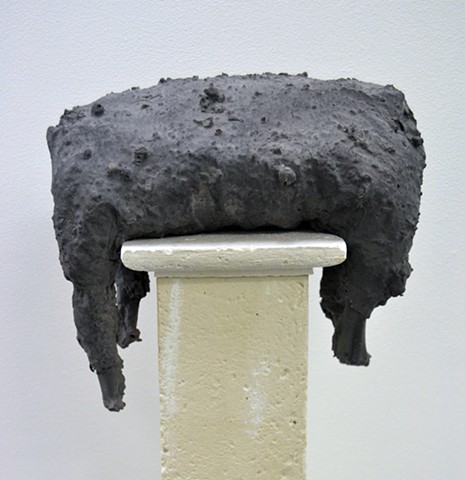