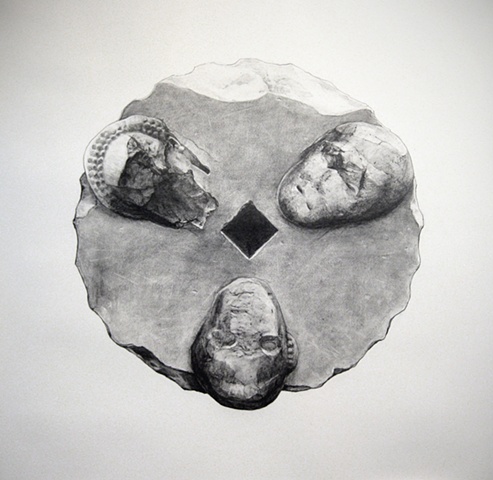 The Queen’s lack is part of an extended body of work aimed at probing a relationship between representation and death with a specific focus on melancholia in the contemporary psyche. Specifically, it re-examines the tale of the Carian Queen Artemisia and the death of her husband Mausolus, according to which Artemisia’s mourning famously included the grand-scale commissioning of the Mausoleum at Halicarnassus (circa 350 BCE, present day Bodrum, Turkey), as well as the consumption of his ashes in an act of cannibalistic devotion. By documenting and reconfiguring the only three remaining sculptural representations that can be attributed to Artemisia, each located at the British Museum, London, The Queen’s Lack posits indeterminacy at the heart of representation and memorialization. Staring back out at the viewer and entombed by an indefinite visage, it is the ‘faceless’ Artemisia that haunts as a paradigm of Freudian melancholia.